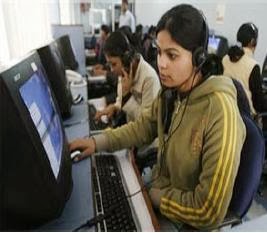 I live in a country where leaders and elderly men believe that eating of chowmein prompt young men to rape our sisters and daughters. In a nation whose female labour force participation rate has been falling over the last ten years, women do not feel safe while traveling to their workplaces even in a city like Delhi.

The gruesome gang rape of Nirbhaya inside a bus in Delhi on 16 December, 2012 has brought the public transport system under microscope. The results of a perception survey done for Delhi Human Development Report 2013 reveals that only a small fraction of the respondents (both male and female) thought that public transport was very secure (0.4 percent) or secure (12.5 per cent) for women. Focus Group Discussions (FGDs) finds that respondents felt women were the least secure while using public transport and most safe in spaces closer to their homes. Female respondents felt that buses were the worst type of public transport in terms of safety since they were harassed by both the young and old, illiterate and educated men.

Perceptions about the safety of public transport for women decreased with increasing education levels. The illiterate and the less educated respondents perceived public transport to be safer than those who were educated up to the graduate level and above.

The male respondents disliked the relatively long time taken by buses to travel from one destination to another, while the female respondents cited the indecent behaviour of bus drivers, conductors and co-passengers as their reasons for disliking the same.

Overcrowding, non-availability of direct Metro facilities to various locations, lack of toilets at all the metro stations and expensive fares were reasons whereby the Metro seemed to fall short of people’s expectations. The perception survey finds that the percentage of people using the Metro is still the least among the lowest income groups and increases as one ascends the economic ladder, which is in contrast to DTC buses, for which the usage falls as one climbs up the economic ladder.

Two fifths of respondents felt road conditions are below average in the city of Delhi while a little over a third felt the same to be above average.

A recent survey of 3,400 Delhi women by the PHD Chamber of Commerce and Industry reveals that 43 percent of them are looking for a job out of Delhi. This is because of Delhi's unsafe environment.