Epilogue to a man-made disaster 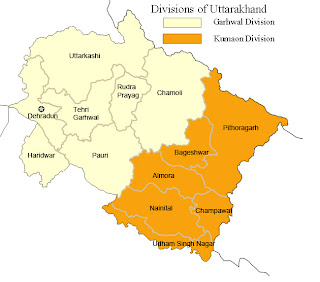 What I really missed in those heart wrenching media reports on the disaster that struck Uttarakhand in June this year, caused by flash floods and human negligence, was a single, sane voice that could have yelled: "And all those things were happening under the garb of religion and God, and perhaps politics". Cremating the corpses to avoid epidemic became the concern of the majority after a few days and I, being a minority, am still thinking what all led to this disaster.

When I see the economy of Uttarakhand, I find that so many businesses flourished around God and love and fear of God—tourism, hotel industry to name a few. Even the thali or the prasad presented before God is part of that business. The priests, the pandas and the guides who take you to the house of the Omnipotent, are all 'Godly' creatures serving the economy. Being a ‘money order’ economy, Uttarakhand could not create enough opportunities to absorb its workforce. Influx of tourists is a good sign as long as it oiled the local economy.

And then was unleashed before everyone, in dry, printed words filled with caution and rationality, the warnings made by the CAG report (Report No. 5 of 2013) on India's disaster (un)preparedness. Although the report, released in April, 2013, said little about God, it presented us with hard facts on what all was happening in the name of development. The state of Uttarakhand did not have a disaster management plan prepared. The State Disaster Management Authority (SDMA) was stuck in the quagmire of inaction. It never met once since it was created. The 2009 CAG audit report of hydropower projects in Uttarakhand indicated that environmental protection was the last thing that came to the minds of our planners and engineers. The fragile ecology of Uttarakhand got more vulnerable due to excessive construction of hydropower dams, deforestation and of course, development.

Ramchandra Guha in his well intentioned piece titled "When expedience trumps expertise" (published in The Hindu, dated 11 July, 2013) informs that the National Disaster Management Authority (NDMA) was devoid of experts and scientists. Most of its members were ex-bureaucrats. Guha has tried to bell the cat but can the government wake up in the aftermath of this tragedy? So far enough of crocodile tears have been shed without walking the talk.

Raising concerns about environment and ecology is a serious no-no amidst growth-oriented bureaucrats. What makes me bite my nails is that early warnings of heavy rains and landslides made by the Meteorological department fell on deaf ears of the state's administration. After I came to know later that somebody was toying with the lives of victims, my faith on governance capabilities of our esteemed bureaucracy has dwindled down a lot. After all, who is going to jump from the mountain cliff if s/he is informed of the consequences? In the age of information and communication, the state's bureaucracy could not take adequate steps to rein in the people from getting near the well of death.

People who mix religion with politics went to Uttarakhand to shower their sympathies for the victims. They tried to garner support as a part of strengthening their base. That added spice to the news that was daily being broadcasted by the media. Every time there is a bomb blast that kills pilgrims and devastate innocent victims psychologically, the political class takes advantage by reaching the affected site and consoling the victims. They never even bother to know how their VIP presence creates trouble for the probing authorities. My question to them is: Couldn't you have taken prior steps? I also question myself: Are we guys so dumb that we elect such people who could get us killed anytime, anywhere?

CAG had warned three years ago about damage to hills -Pradeep Thakur, The Times of India, 20 June, 2013, http://timesofindia.indiatimes.com/india/CAG-had-warned-three-years-ago-about-damage-to-hills/articleshow/20674521.cms

Report no.-5 of 2013-Union Government (Ministry of Home Affairs) - Report of the Comptroller and Auditor General of India on performance Audit of Disaster Preparedness in India,
http://saiindia.gov.in/english/home/Our_Products/Audit_Report/Government_Wise/union_audit/recent_reports/union_performance/2013/Civil/Report_5/Report_5.html

Image Courtesy: Wikimedia.org, http://upload.wikimedia.org/wikipedia/en/2/2b/Kumaon_Garhwal.jpg
Posted by shambhu at 3:38 AM
Email ThisBlogThis!Share to TwitterShare to FacebookShare to Pinterest