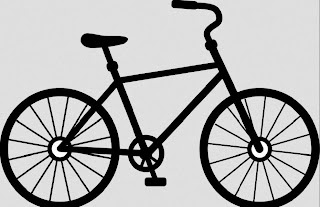 Way back in 1993, my father bought me a bicycle when I passed the Class X Board exams. It was a gift that I long cherished. Despite initial resistance from my mother, I and my Mathematics tutor could convince that biking in Salt Lake (a township in Kolkata) attracted no danger. In those days there were a few cars seen running on roads. However, empty roads rarely titillated the drivers to gear up for top speed.

Had the year been 2013, my father would never have dared to buy me a bicycle. The reason is simple: A ban on cycling on most streets of Kolkata by the present West Bengal Government. Due to the enormity in rash driving, my mother would not have allowed me the pleasure of ‘magic carpet ride’ either.

Innocence gave way to intelligence in my quest for knowledge as I grew up.  I learnt that bicycle is an election symbol of a political party with whom the Trinamool Congress (TMC) once wanted to work hand-in-glove that did not materialize ultimately. In 2012, the Samajwadi Party (SP) did a U-turn and supported UPA’s candidate Pranab Mukherjee in the presidential elections, thereby leaving the TMC leadership furious. From this incident, some of us may conclude that it could have triggered the TMC-led Government to put a ban on cycling. But the official stance is: Cycling slows down the traffic in Kolkata. And therefore, the ban on wheeling on approximately three dozen streets in 2008 under the Left Front’s rule was further extended to 174 roads under TMC (as reported by The Guardian dated 29 October, 2013).

During my stay in Delhi for more than a decade I could realize that more and more cars are adding up to the traffic every day, thus, polluting the air we inhale. A plain way of measuring this is to put one’s index finger inside the nostrils and pull out the dirt and mucus after coming back from office. I know that some of you may dislike my terrible idea. But believe it or not: the number of registered cars and jeeps in Delhi jumped by 59.8 percent from 14.67 lakhs in 2005-06 to 23.4 lakhs in 2011-12. However, the number of registered buses (including ambulance & other passenger vehicles) in Delhi rose by 47.2 percent from 43500 in 2005-06 to 64033 in 2011-12.

My guess is people are now shifting from hatchbacks to diesel guzzling sports utility vehicles (SUVs), multi utility vehicles (MUVs) and light utility vehicles (LUVs). If ever you go to South Delhi and Gurgaon, foreign brands are a common sight. Often carrying not more than two passengers at a time, I could reason out why these vehicles are responsible for our high import bills. Such high-end vehicles are low in efficiency in terms of per capita fuel consumption as compared to a bus or an auto, I always felt.

In Delhi, I find that cycles are used by members of cycling clubs and the laboring masses. Unlike those who live on the fringes of the economy, a handful among the well-to-do sections including the politicians pedal for health reasons. Most city dwellers prefer a motorized vehicle than a bicycle. In the National Capital Territory (NCT) of Delhi, the percentage of households having scooter, motor cycle and moped (i.e. 38.9 percent) exceeded the percentage of households having bicycle (i.e. 30.6 percent), as per the Census 2011. Nearly, 20.7 percent of households have car, jeep and van. Underlying these figures is the revelation that residents of Delhi prefer motorized to non-motorized vehicles not just because they are richer than people of other states but because they are afraid to pedal on roads. They are afraid of being mowed down by raging SUVs.

Image Courtesy: http://29ermountainbikereviews.com/wp-content/uploads/2013/09/bicycle-clip-artblack-bicycle-silhouette---free-clip-art-oyxhd09e.png
Posted by shambhu at 1:05 AM
Email ThisBlogThis!Share to TwitterShare to FacebookShare to Pinterest